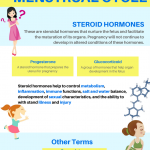 Bleeding is the first visible sign of your abortion. It tells you that the process has begun. It also indicates if the medication is working like it should. There are two abortion pills in the regimen. So it is important to know at what point in the course you can expect bleeding to start.

Which abortion pill causes it?

The two drugs, Mifepristone and Misoprostol, work in synergy to bring about a complete abortion. The inner lining of the uterus thickens to support pregnancy. The former drug ruptures it. The implanted embryo is thus separated from the uterus. It can no longer develop.  The function of Mifepristone is also referred to as an anti-progesterone activity. This is because it brings about its effects by competitively inhibiting the hormone. However, none of these actions are capable of causing bleeding.

A secondary function of Mifepristone is to prevent the working of glucocorticoids that nourish the fetus. Even this cannot lead to bleeding. In a very less percentage of women, spotting may result after the intake of this drug. This is attributed to the fact that the drug also initiates mild uterine contractions.

Most women only see bleeding 1-4 hrs after taking the secondary medication. Misoprostol is a prostaglandin. It enhances uterine contractility. The uterus that has been primed by Mifepristone now undergoes great contractions. This results in severe cramps.  Misoprostol also softens the cervix. The contractions work to push the pregnancy contents out. A ripened cervix brings ease to this process. The contents being flushed out of the body is what you see as bleeding.

How long will it last?

Every woman’s body responds differently to the abortion pills. Women bleed for an average of three weeks after the intake of Misoprostol. Some women might even have slight bleeding recurrently after a paused intense bleeding. This should not be confused with your regular menstrual periods. Your periods will begin only 4-6 weeks after abortion. The discharge of blood can last longer than the aforementioned range too. If there are no signs of complications, a prolonged bleeding poses no risks.

When will it be the most severe?

Cramping and bleeding are the most severe when Misoprostol kicks in. This is about 2-5 hours after its administration. Intense bleeding lasts for anywhere up to 24-48 hours. This is to completely rid the uterus the pregnancy contents. It is not a sign of worry.

What should I observe?

Is the bleeding excessive?

Uterine contractions help in controlling the blood flow. Blood vessels are compressed when the uterus contracts. This doesn’t allow them to bleed freely. However, if the uterine contractility is not sufficient, there is excessive bleeding. It can be checked by the number of sanitary napkins you soak in an hour. If you complete soak more than 1-2 in the specified time period, it is considered to be excessive.

Is the size of the clots abnormal?

Our body is programmed to clot blood so that we do not bleed to death. This may be one reason you see clots in your discharge. A second reason is that all of the uterine tissue may not be broken down. Some chunks might remain. These are visible as clots in the blood. These clots are usually not very big. There might also be some fibrous tissue in the blood. A clot is a concern only if it is very large in size.

An abnormally colored discharge (shades of green or yellow) with fouls odor is typical of an infection.

In case any of the above is observed, kindly consult a gynecologist to resolve the complications as soon as possible.

The two drugs are also known by various other names. For instance, Mifepristone is also sold with the trade name Mifeprex. You can buy Mifeprex online. Be aware. Ensure knowing all the contraindications and understanding the regimen. Know what you should expect. All of this will highly reduce the chances of a complication.